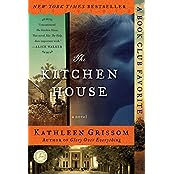 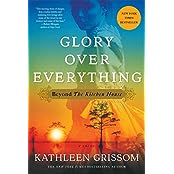 These books are so good. The months leading up to Christmas were hard months. They were heavy. In fact, 2016 brought a lot of trial to my family. I was flying home early in December from a trip that was heartbreaking, and I was emotionally spent, though at a point of stepping into the light at the end of the tunnel. The Kitchen House sat on my lap. I had intended to begin it on my flight home, as I rarely find myself with hours of quiet solitude. But as I read the first two pages I had to put it down. Rawness my heavy heart couldn’t handle. I wasn’t capable of going where the story was leading me. I came home, began adjusting to a renewed normal, and pulled this book out again. I’m so glad I did.

Being about slavery at the start of the 1800s it is no light read. Things happen, as they did, that made my stomach turn. I could feel the burn of hatred, the despair of being trapped, the panic and anxiety, the unwavering hope and calm resolve to endure. The first book follows Lavinia, a small Irish girl whose parents die on her journey to America, where she then finds herself as a slave on a cotton farm. The African slaves become her family. She belongs and she doesn’t, because her skin takes her where they can’t go, to Philadelphia. The second book, Glory Over Everything, picks up the story of one of the characters from the first book twenty years later. I was drawn by the story, a love for the characters, and couldn’t get to the end fast enough. When it was over, I had to spend some time working through the things I read, because I so desperately want to see the world in black and white, people in black and white, all good or all bad, and it’s simply not possible.