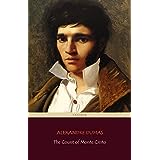 This book has been on my shelf for eight years. Feeling a craving for some adventure, I pulled it down anxiously. It’s always strange to meet an original after having experienced an imitation. In this case, reading the book after having seen the movie. You go into it with characters already sketched in your mind; presuppositions are full to overflowing.

So I was shocked to find that the story is quite different than what I had thought. Several central characters were completely unknown to me, not having made any appearance in the movie. In fact, a majority of the book was entirely new and unexpected. What a treat! Even of the characters that I knew, or thought I knew, not one of them went the path of the movie. Not one was portrayed exactly. This led to quite a few surprises.

This is first and foremost an adventure story. It’s pace is fast. It doesn’t go into a lot of scenic detail or emotional diversion, even when I wanted it to. And though it isn’t (and shouldn’t be) realistic, I did appreciate the realness of the ending. Rather than being tied up in a pretty bow, as in the movie, where the Count walks away arm and arm with Mercedes, having gained a son, with no second thought to what he’s done. Because in reality, things can’t be undone. There is pain that doesn’t disappear. Not all can be made right here. Vengeance doesn’t deliver what it promises. So I love the lament of the Count:

Tell the angel who is going to watch over you, Morrel, to pray for a man who, like Satan, believed for one moment he was the equal of God, but who now acknowledges in all Christian humility that in God alone is supreme power and infinite wisdom. Her prayers will perhaps soothe the remorse in the depths of his heart.

And yet….not all is loss and sorrow. The resounding cry of the book is one of expectation: Wait and hope!